This was the case when I visited a Grade 5 class recently and started with this warm-up question:

After agreeing that all four answers can't be correct, I used this app based on the old National Numeracy Strategy ITPs from Mathsframe.
As I did so, students were able to see that multiplying by 10 is equivalent to each digit moving one place value column to its left and dividing by ten is equivalent to moving one place value column to its right. As such the digits themselves 'stick together' when they are being multiplied or divided by powers of 10 so we cannot just stick random zeroes in the middle of the digits!

Going back to original question, all the students now agreed that 5.5×10=55.
Doing it this way also allowed me to show that when we multiply by powers of ten it really is the digits that move and not the decimal point. That being said, I used a couple of examples with the moving digits to show how you how some people might see it as equivalent to the decimal point moving. The important question then, is to ask: "Is my answer going to be bigger or smaller?" If we are multiplying by 10, 100, 1000 etc. then the answer must be bigger and so we need to move the digits (or, if you see it that way, the decimal point) the appropriate number of places. The opposite is true for dividing by 10, 100, 1000 etc.
As the students then worked their way through some practice questions, I noticed that a couple of students were still having difficulties. Sensing that they would benefit from concretely moving the digits, we did a few questions with playing cards. After the lesson, I realised that this would have been even more powerful if I created the place value columns on the desk as shown 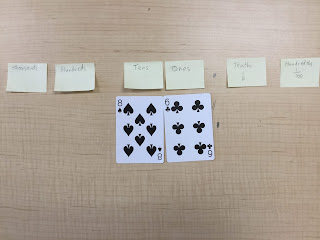 To multiply by 100, we just shifted the digits 2 columns to the right as we knew that the number had to get bigger. We then filled the empty columns with zeroes: 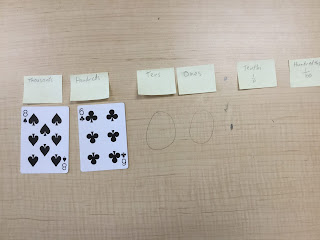 Going back to the original question, to divide by 100, we just shifted the digits two columns to the left as we knew the number had to get smaller: 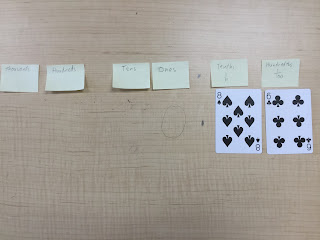 This really helped the students who later were able to do these type of questions without the playing cards.
*         *         *
The next day, I went back into the class to try a new game that I recently created. It is called Triple Jump and the rules are here: 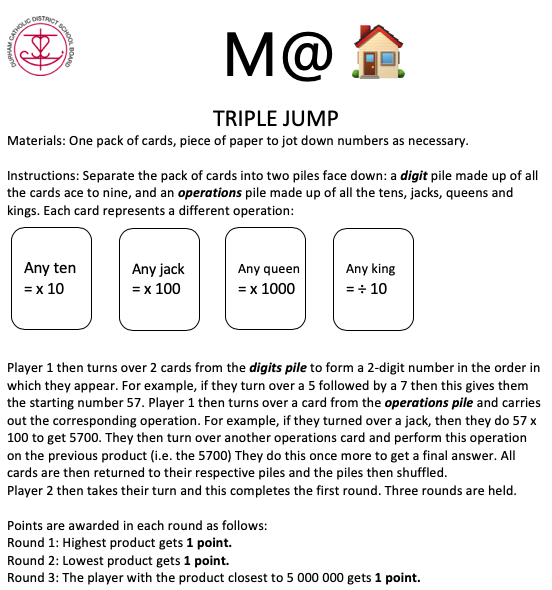 We got the students in pairs, gave them a deck of cards each and a piece of paper and pencil to jot their answers and away they went: 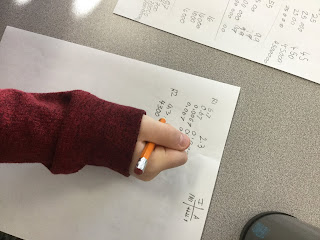 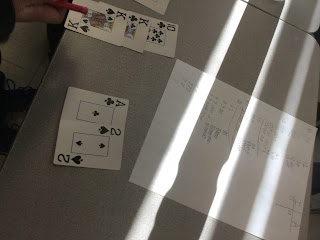 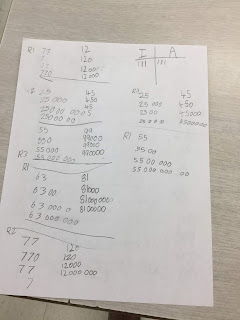 As the students worked on this, it made me realise that often one of the best ways to practise a concept is in a game-like situation and this certainly was the case here. As a follow-up, we got some students to try another version of this game called Decimal Triple Jump: 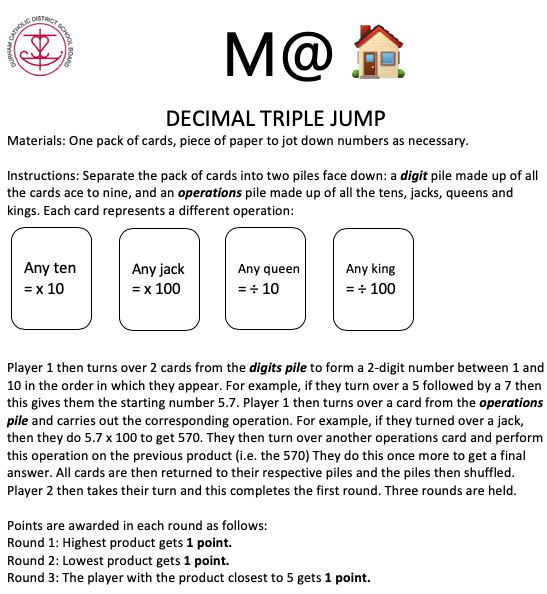 These games are part of the Math@Home kits that we created in our board. They are a series of different games and activities designed to improve students' number sense and are being used in class and also at home.