Geoboards in the Car

So I'm driving my daughter to her dance class when she picks up my iPad and asks about the Geoboard app that is on there. I tell her that you can use it to make shapes like the ones she has been learning in class. "Make some trapezoids for example," I tell her. After a while she says "Done! Is this right?". "I can't look now I'm driving!" So we wait until a stop light and then (as she is sitting in the back) she shows me in the rear-view mirror: 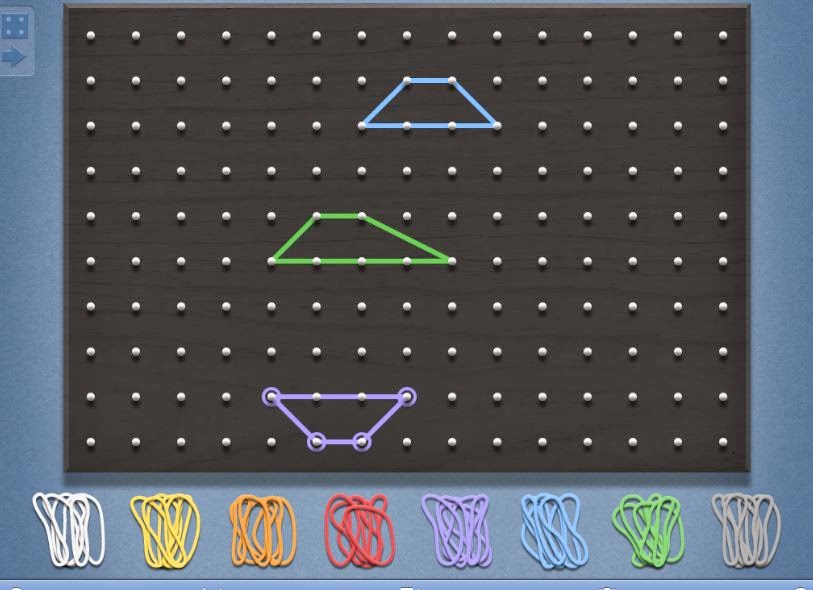 "Great. Are they parallelograms too?"
"No... they only have one pair of parallel sides"
"OK. Now make some trapezoids that have a right angle". Now this took longer and a fair amount of "How is that possible?" until a little squeal told me that she got it: 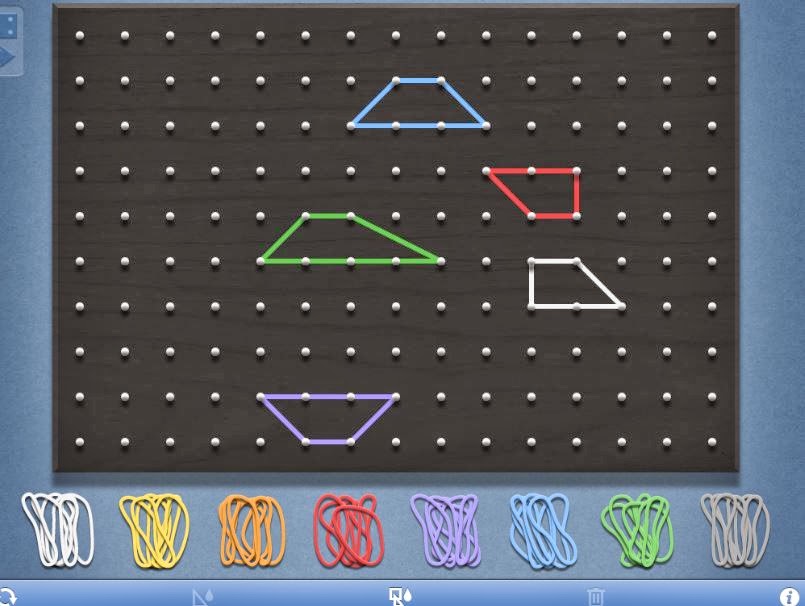 "Right, now make some rhombuses". "Do you mean diamonds?". "No I mean rhombuses!" A little while later she showed me this: 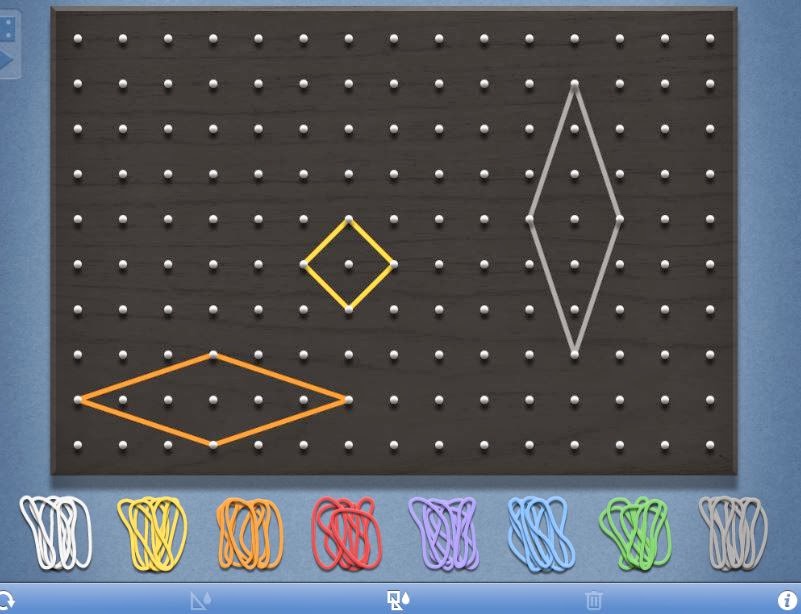 "Hey, what other name can you give that small one in the middle?" A little pause and slight turning of the iPad and then "Oh, a square!!"
"Are all squares rhombuses?"
"Yes! Yes!"
"Are all rhombuses squares?"
"Yes! Wait...NO!!"
"OK. Now it's time to make some pentagons. But make sure that they have at least one right angle"
This is what she made: 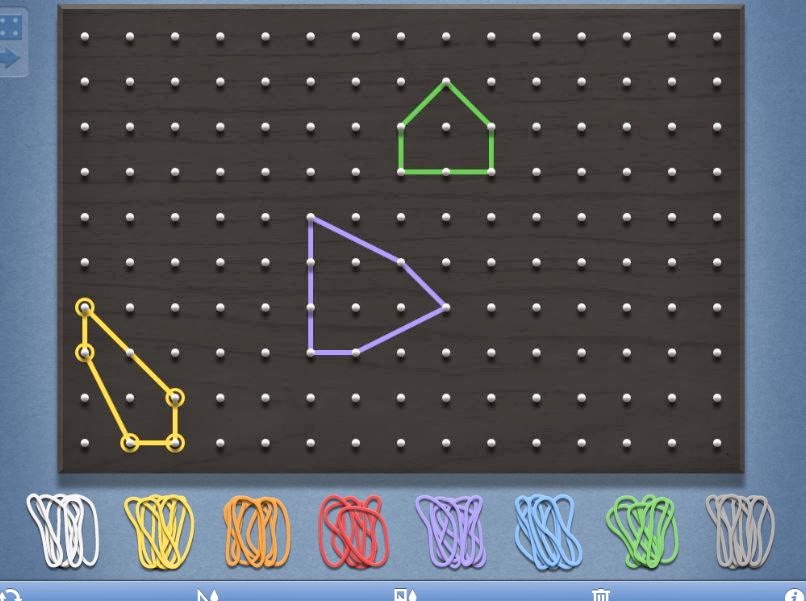 I do know some kids who get confused as they think a pentagon will have five 'points' and therefore think that the elastics can only touch five pegs. Thus they won't see these as pentagons as they touch more than five pegs. This is a great opportunity to fine tune what we mean by 'points' and connect it to the number of sides.
Now I know you might be thinking 'Lucky girl, getting to do maths in the car whilst other kids are playing Angry Birds' but it was a neat way to spend 15 minutes. It got me wondering whether or not I prefer this virtual geoboard to the real thing and I think I might be leaning to the virtual side. For a start, the 'elastics' never snap and you never run out of them. Secondly, the vertices look more like they should. For example, look carefully at the 'corners' of this shape below and ask yourself if this really is a rectangle? 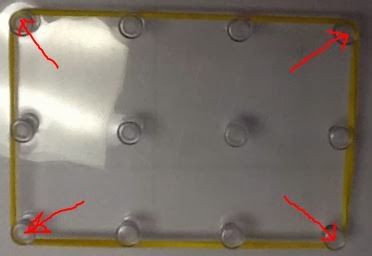 That being said, real geoboards are cheaper and I'm sure that some kids will prefer the tactile nature of these as opposed to the virtual geoboard. Either way, geoboards are a great way to get kids really to explore some geometric properties by asking questions such as:

Make a quadrilateral with 3 acute angles.
Make a parallelogram with two right angles.
Are all parallelograms rectangles?
For an extra challenge, I sometimes ask to make a shape which I know to be impossible (but the kids don't). This creates huge cognitive dissonance and often gets them reasoning why such a shape is impossible. For example:

Make a triangle with two right angles.
Make a quadrilateral with four acute angles.
Posted by MikeJacobs at 11:14 AM

Email ThisBlogThis!Share to TwitterShare to FacebookShare to Pinterest
Labels: Geometry